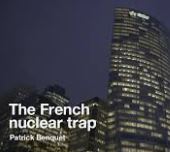 On Sunday 2nd February, at the Riverside Centre, Stratford St Andrew, TASC showed two films – one beautifully shot by Friends of the Earth Suffolk Coastal highlighting the fragile habitat that will be lost if Sizewell C is built, the other a French-made documentary ‘The French Nuclear Trap’ – to over 30 local councillors including three from Suffolk County Council.

The ‘The French Nuclear Trap’, made in 2018 by CPB Films, features current and former employees of Electricte de France (EdF), Sizewell C’s developer, and systematically and unflinchingly demonstrates that:

TASC was happy to host three representatives from Stop Hinkley all of whom are living through the construction of Hinkley C. They gave the audience an insight into what fate awaits East Suffolk should the plans for Sizewell be approved. They spoke of gridlocked streets in Bridgewater, 24 hour light and noise pollution, a rise in prostitution, employers losing key members of staff, long-term tenants being kicked out of their homes to enable landlords to cash-in on the demand for accommodation from the EdF workforce and a total change in the way of life for thousands around the Somerset coastal area. They also pointed to the predictions for far greater sea level rise than was taken into account when Hinkley C’s planning application was made and compared these dire warnings to the inadequate precautions which have been constructed in defence of the site.

The meeting was addressed by three supportive county councillors who promised to generate the sort of debate within the council which has hitherto been so sadly lacking. They felt that the film should be made available to all councillors. Moreover, they promised to demand that the council state its outright opposition to the EdF plans.

‘Despite the shamefully low turnout of county councillors and the virtual absence of East Suffolk Councillors, we are greatly indebted to the County Councillors for not only making the effort to attend but more importantly for having the courage and determination to take the fight to the council chamber and to state openly and without fear or favour their opposition to these plans.

‘TASC will work closely with these councillors and the immediate plans are to contact the Secretaries of the different political parties in the council to offer to show the film to their members.

‘The support from these Councillors is a potential game-changer and we applaud the commitment of all of those councillors who attended yesterday to understand the issues and to agree to take whatever action is available to them to tell people the truth about EdF and the monstrous plans the government has for this area.’